It’s all about KIQ’s my friend,

you got to have it till the end.

some have have it,while most don’t,

some want to and some won’t.

sometimes in what they say,

for some it comes so naturally,

for some it is a struggle culturally.

Capitalism has its root in KIQ’s

Socialism is at end of it’s wits.

So where does this leave the common man?

Who does his job the best he can,

He asks so how do I get this instinct?

I haven’t seen it in my precinct,

Can someone help him buy the KIQ’s?

Watchers think he is sick.

He looks near he looks far,

He sleeps with his door ajar,

Hoping to welcome the KIQ,

It still doesn’t do the trick.

He has small dreams and a small little realty,

He has a big heart with a logic faulty,

He is ridiculed and called a passionate,

His belief , proves his naivete,

He thinks his world is just perfect,

How is he ever going to get his KIQ’s?

It s been a long week,
my boss has finally left for a vacation,
I am tired - yet relieved about the situation,
Just as I am about to leave my cabin,
Mr.Yuppie pops in with a broad grin.


Lets hit the bar and meet the babes mate,
we can go on a double date,
Life is about taking chances,
O please learn to appreciate the subtle nuances,


Life is about fun for singles,
you get to mingle with the jingle,
Late Evenings turn into long nights,
this is the party life.


Why do you waste your time
without any reason or rhyme?
why sulk and stop the flow
it s time you let go...


Yuppie tried this Yuppie tried that,
he could never figure out my habitat,
So perplexed was he,
that he innocently implored me,
don't bury yourself with work all the way,
today just might be your luck day.
Someone is waiting for you to dive,
get off the recording and see it live !


some more lures,
some more endures,
some logical arguments,
some plain pushy predicaments,


My patience was giving in,
I was about to gag him,
but I thought of asking him a simple question,
Upholder of the male bastion.


Why don't you go alone my friend?
there must be someone across the bend,
but he blurted he's reached a dead-end !

suddenly stud gave up his tales,
and lifted the veils.
my eyes popped out,
and my brain gave a shout,
I don't know what this is about,
must be playing it up without a doubt.


I feel alone he lamented,
no one to go home to he commented,
I miss being wanted,
i can not always be presented.


And I thought to myself,
I am not that harried,
'coz I am Happily Married.

The lottery money never got to my account,
The huge bulge never stood out,
The sexy blonde's never came,
No luck with the additional k in my name.

The Virgin Mary never cried,
The promised Lord never arrived,
The CD collection never made sense,
The book affair was simply past tense.!


The stocks never made me millions,
The rider was always lighter than the pillion
The diet plan actually made me a fat pot,
The hot sexy chatter turned out to be a bot,

The eternal flame,
Is now an pseudo-name,
the reality fame was just so lame,
the dream bus never reached my lane,

what a shame.. we're only remembered when in a frame.
Gyanban thoughts - well it is a shame that we let such adverts drive our existence,and further shame that intelligent people actually get caught in the web.Consumerism will dictate where,how and when we die someday !
at September 17, 2009 No comments: Links to this post 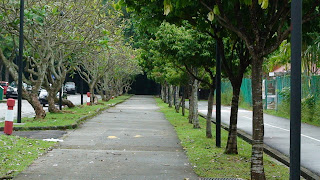 I still belong,I feel,
to run the ultimate race,
to reach the ultimate stage,
to do a lot more,
to have a fire burning at the core,

I still belong, I feel,
to life and it s glory,
to death a success story,
to happiness in return,
to pain in every vein,

I still belong,I feel,
to the limitless skies,
to the bird flying across the skies,
to the wind that blows on my face,
to the river that wipes out any trace


I still belong, I feel
to the people I know,
to the foes I owe,
to the freinds in need,
to the unknown good deed,


I still belong ,I feel
to the challenges that lie ahead,
to the path wrongly led,
to the turnaround we make,
to the leanings we take.

Email ThisBlogThis!Share to TwitterShare to FacebookShare to Pinterest
Labels: Life

The one sided coin

This is a story of a little boy,Vachnoisfed,who lived in this tiny space on a remote mountain range, right on the edge of the world.

He was a shy kid and unlike others hi age, he was rather quiet.He grew up watching people.Their expressions,their mannerisms and habits.How their eyes betrayed words, or sometimes spoke more than their words.
Gradually he became subdued but confident.Confident of the knowledge he had, and more importantly –knowledge of the fact that a lot yet needed to be understood.Subdued because very few people could really understand him,or the other way round.
There was this piercing need to know about the black and white of life.Yes or no.True or False.If there was a right in the world there needed to be a wrong as well, if there was a true,there needed to be a false, if there is a 1 there then there is a corresponding 0.

However, little did he realize that one day his understanding of life would change completely.He would learn of a new dimension of life.
His reputation preceded his presence.The infamous sage Greyzdwal was passing through his village.For some Greyzdwal was just a traveler ,trying to con people and make them believe the impossible , and for some he was Guru – a master who opened their eyes.He went from town to town collecting a piece of life from every family he met. Greyzdwal would then carefully store it in his mysterious metal box.Lock it discreetly and hide the key.

Greyzdwal caught Vachinosfed’s attention one day when he went inside a house nearby and came out with an aura around him.Vachnoisfed was very intrigued.Restless.Was he the supreme being in a new avatar? How could a regular human being look so divine? Was it an illusion? Can someone do that? What did he do inside ,Vachinoisfed pondered.? What was he collecting? Was it valuable? After all he did have a metal box.The reflection of the moon on the smooth edges of the box made it look even more precious .The winter chill had set in and everyone Vachinoisfed looked at seemed mysterious. Everytime Vachnoisfed walked passed the sage quietly seated under a pine tree, his eyes could not stop staring at the box.As time passed he grew increasingly restless. Vachnoisfed was now at the edge.Edge of reason, he was getting sucked in the mystrey of the metal box.
Vachnoisfed decided that he would dare.Take the risk.He just needed to know what was in the box.He couldn’t sleep otherwise.On a full moon night,he decided that this would be the day he would put an end to his misery. Vachnoisfed decided to steal the metal box when the great sage was asleep.
As the moon shadow kissed the hills on a chilly winter night, Vachnoisfed draped himself in a thick black coat and wrapped his face with a muffler.He tread softly on the fresh snow,trying not to breathe.As he neared the Sage He could feel the rush of blood and his heart racing,hands trembling. Vachnoisfed stopped for a second to compose himself and make the final move.
The sliver metal box lay carelessly beside the great sage.He crept behind the tree Greyzdwal was resting on and slowly tip toed his fingers towards the metal box.Suddely his mind blacked out,he felt a sudden pull on his arm and with a jerk thrust him in front of Greyzdwal. Vachnoisfed lay in front of the the sage like a trapped prisoner.
There was silence.It was deafening. Greyzdwal slowly opened his big black magnetic eyes.This was the first time Vachnoisfed saw the man so closely … Greyzwald must have been very old,his arching salt ’n pepper eyebrows were ample testimony.As he opened his eyes to focus on Vachinosfed's trembling face,he knew what Vachinosfed was looking for.Greyzdwal asked in his deep baritone - "why do you seek what you seek?"
Barely able to gather courage Vachinosfed blurted -" I want to know what's inside the box?" "Why does it intrigue you?" "is it because you don't have it? or is it because you are simply curious?"." "Have you identified the root cause for your want?"quipped Greyzdwal.
Not sure of what to say or think..Vachinosfed kept quiet.Seeing this the sage great sage reached out for his metal box and decided to show it s contents to the troubled soul.
The wind picked up speed,the leaves began to rustle,there was a distant lightning in the horizon. The metal box was now on Greyzwald's lap.As he began to open the lid,the strong wind escalated into a storm, a twister perhaps,trees were swaying wildly and the snow intensified.
Vachinosfed's gasped for every breath of air available.He was irresistibly getting transfixed at the small opening in the box.
It seemed like an eternity had passed in a second since the time Vachinosfed lay there stunned.Greyzdwald opened the box and looked at Vachonosfed's startled eyes,something he had seen every single time this happened.

Email ThisBlogThis!Share to TwitterShare to FacebookShare to Pinterest
Labels: Fiction

There are so many more such queries, and I ll keep adding as and when I remember more.

Icebergs are melting, Facebook vacations are cooling. Business reviews are hot. Whatsapp calls are not, Climate is changing, G...

Writing is simple,but not easy.

Get your Gyan here...

Gyanban Fiction & Poetry by Gyanban is licensed under a Creative Commons Attribution-NonCommercial-NoDerivs 3.0 Unported License.
Permissions beyond the scope of this license may be available at gyanbann@gmail.com.

Every lie has a moment of truth in it - its called belief.

Not all those who are lost want to be found.

Sometimes a meaningful moment can span a lifetime,and sometimes a lifetime of moments become meaningless.

Life is like a commercial on TV,everyone is looking,but no one is watching.

The future validates what you learnt from History.

If you will, you will.

If inspiration guaranteed sustainability~there would be worldwide chaos.

Organize the folders of your life.

Silence has a moment in victory and defeat alike.

Some secrets are born to die with you.

Some questions are best left unanswered because theirs answers lead to more questions.

In a series of complimentary accidents,life actually becomes a design.

In the war of practicality - Innocence is biggest prisoner !

If love is a trick,it will have a beginning and an end,but the magic lies in between.

Life is a constant variable.

Ambition and Potential are mutually exclusive.

Life is about moving,even after we die.

Only perception can change people - not reality.

United we create chaos - divided we get order.

Our lives have become entertainment.

If life is a cycle...you will meet your past in the future.

Every great relationship gets tested by time or circumstance.

Trust is inversely proportional to time.

Every action has an equal and opposite perception.

Is there life before death ?

Repetition brings out the best and worst in you.

Escaping from Escapism is..?

Be a part of apart !

Why is Orange not Red?

Numerics could be the real alphabets ?

The true path comes without asking.

Capitalism and fairness are strange bedfellows.

Hope and Positivity are mutually exclusive.

Hope is time consuming,Action is self consuming.

Men are misunderstood for their simplicity..

Women are misunderstood for their complexity !

Those who did it and did not... laid the foundations for have's and have not!